They are birds, but cannot fly. Because penguins spend a lot of time in and under the water, little is known about the appealing “tuxedoed avians.” Dr. Klemens Pütz has been researching their lives for 30 years.

The 58-year-old biologist grabs a bird in an accustomed manner, puts it on its belly and slides a sock over its head. This has a calming effect. Dr. Klemens Pütz, Germany’s only full-time penguin researcher, carefully raises the plumage and places a few strips of tesa® black fabric tape on the bird’s back. Either a satellite transmitter or a small tachograph will be affixed to the plumage with a firm “cocoon” made of adhesive tape. After just a few minutes, the animal is all set – and ready to go on its research trip.

Affixing the transmitter with adhesive tape is absolutely painless for the animals. The small high-tech devices neither disturb the penguins while swimming nor do they unsettle others of their species. 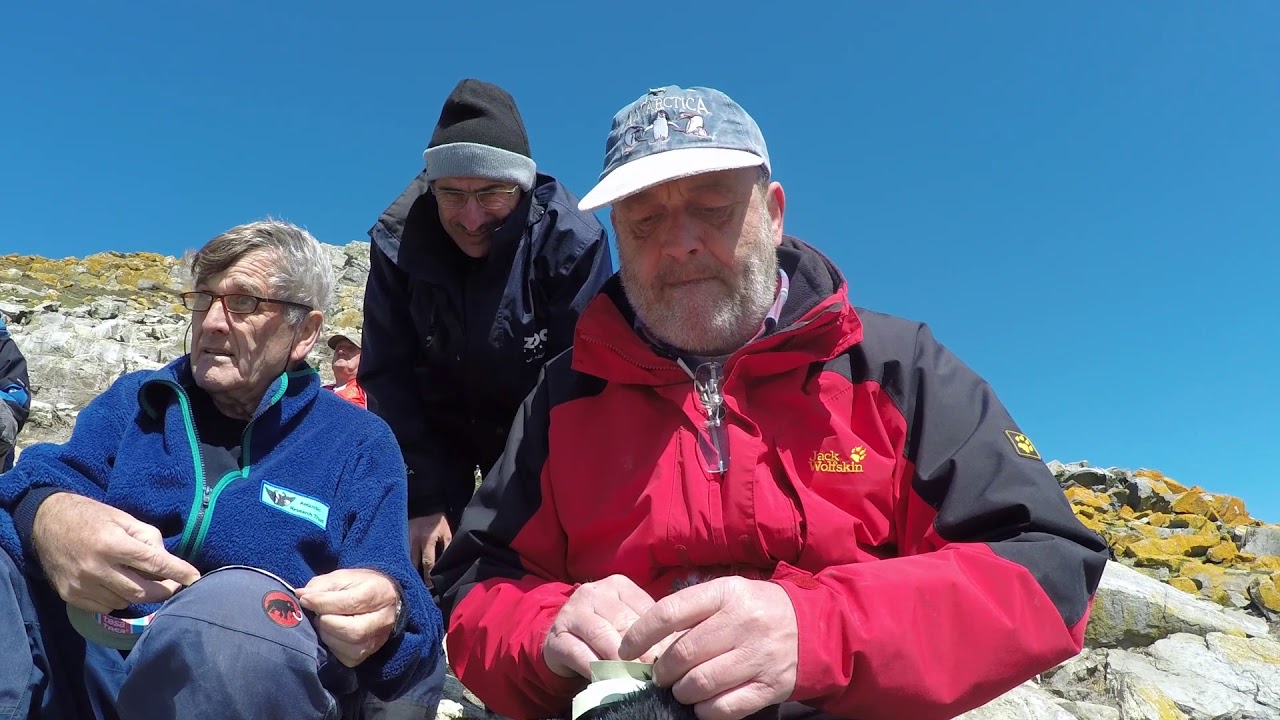 300 Meters Under the Sea

Dr. Pütz has been applying this method, perfected by him, for nearly three decades to elicit information about the migratory and diving behavior of various penguin species. Because when the marine animals breed, they can be observed very well. Their underwater lives, however, are still full of secrets. This way, the scientist from Bremervörde (in the state of Lower Saxony, Germany) was able to show, among other things, that king penguins can dive more than 300 meters deep for about ten minutes in their search for food at a distance of over 1000 kilometers from the colony.

Valuable Cargo in the “Rucksack”

In order to get meaningful data, it is important that the contact to the penguins is maintained as long as possible. Many devices can withstand the high stresses of salt water, currents, cold, and friction for up to one year before the transmitter is shed at the next moulting. In financial terms, however, an early loss would cause significant damage: The satellite transmitters cost around 1500 euros, and state-of-the-art tachographs with integrated mini cameras even up to 3500 euros each.

Dr. Klemens Pütz has also established his refined tape technique in the research of other avian species, which is being cited in scientific literature. Although life without these lovable birds is hard to imagine for this northern German, there is one thing he is very certain of: “I would never want to reincarnate as a large male penguin. Six months of fasting in order to hatch eggs at minus 30 degrees Celsius would be far to stressful for me.”

that is how big emperor penguins can be. During the breeding period, males lose 50 percent of their body weight.

There are 18 penguin species worldwide – mostly between the 45th and 60th degrees of latitude in the southern hemisphere. As cold-loving, flightless birds, they only appear in tropical areas when there are cold water currents. This is the case, for example, on the west coasts of South America or South Africa. Two penguin species live exclusively in the Antarctic: the Adelie and Emperor penguins. Even if the birds with the “waddling tails” are considered to be very adaptive, eleven species are threatened with extinction. The main reasons: food is scarce due to declining fish and krill stocks, various forms of pollution, invasive animal species, and – with regard to the South Antarctic penguins – the vanishing sea ice.

Born in 1960 in Bonn, Germany, he earned his doctorate in the nutritional ecology of emperor and king penguins at Kiel University in 1993. He lived on the Falkland Islands from 1997 to 2001 and worked as a fisheries inspector and scientific consultant for Falklands Conservation, a non-profit organization dedicated to protecting the wildlife and nature of islands in the South Atlantic. During this time, he was also a founding member of the Antarctic Research Trust, where he still works as a trustee and scientific director. Dr. Klemens Pütz spends three to four months each year on expeditionary tours both in the Antarctic as well as in other regions, such as New Zealand. He is associated with more than 100 publications. In 2018, he published his book “Unverfrorene Freunde – Mein Leben unter Pinguinen”(Cool Friends – My Life Among Penguins).